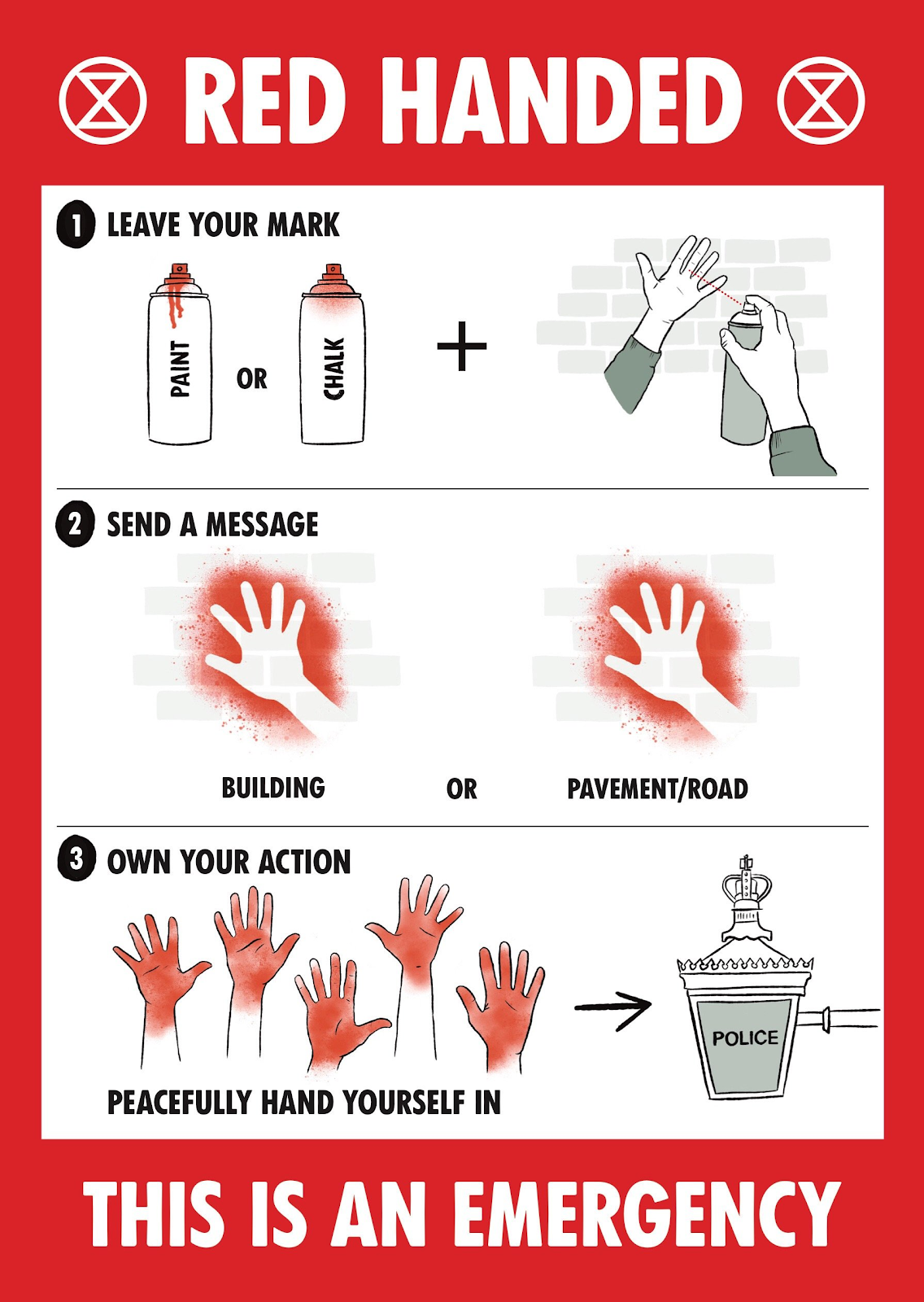 The Red Handed action involves spraying a stencil of your handprint with red chalk spray paint onto a significant building and then, handing yourself into the police. It can be scaled from a small number of rebels targeting one specific building up to a march of thousands of rebels in which there is a role for everyone.

If you want to scale it up, you can organise a mass participation march in which most people just spray their hands red and hold them up whilst a smaller number of rebels willing to face arrest walk on the edge of the march and spray paint their handprints onto buildings as you pass. It's best done in an area with lots of significant government buildings or a business district with fossil fuel and polluter companies offices so that you’ve got obvious targets for your handprints. However, if you’re in a town without any large government buildings then leaving lots of handprints on one small government building, or a trail of handprints on the sidewalk, bus stops or road of your local town is also really effective.

PREPARING FOR THE ACTION